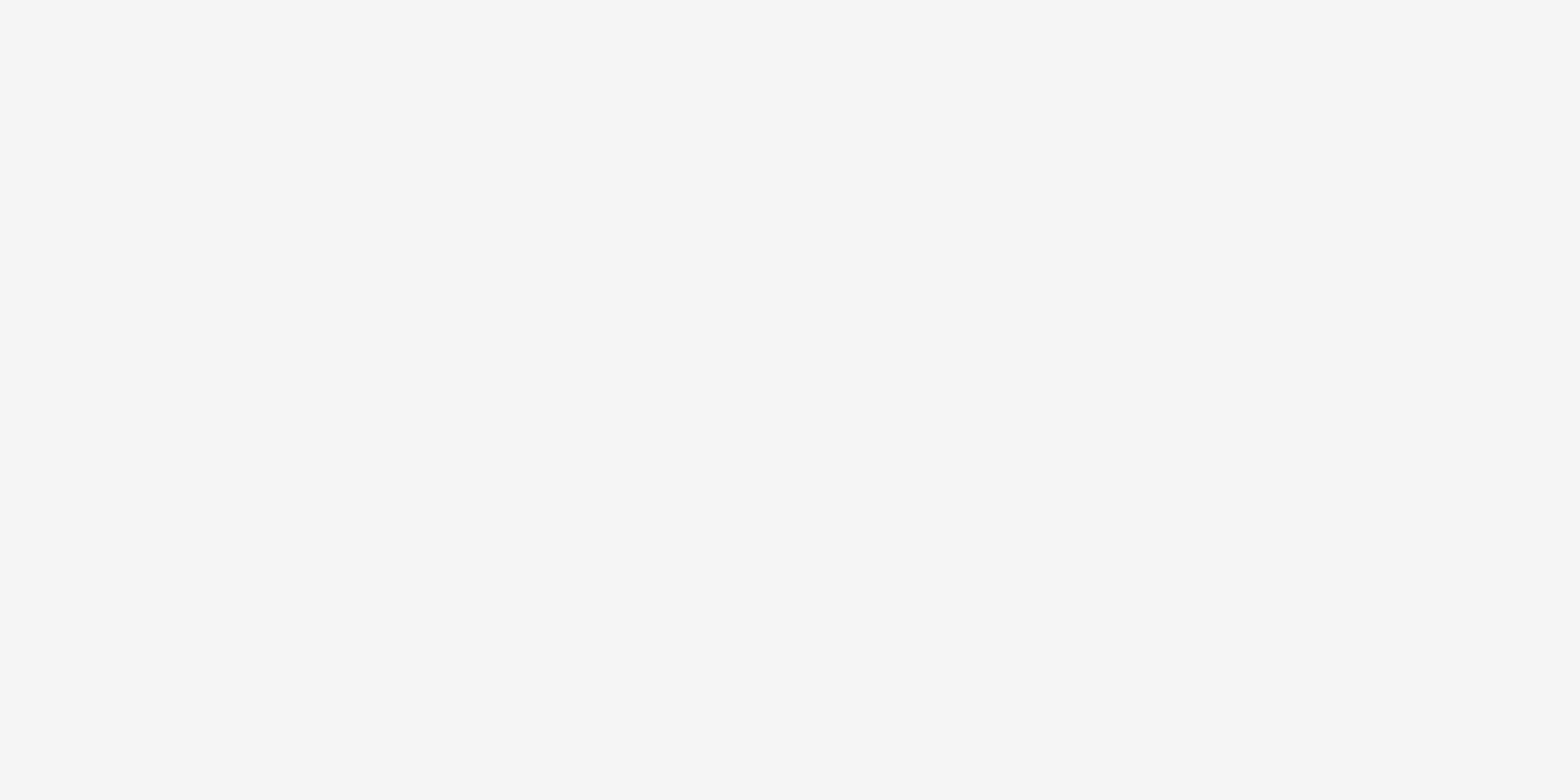 How I Rebuilt and Relaunched Startup Name Check

Published on August 1, 2018 by Peter Thaleikis

I'd like to share my experiences and lessons from completely rebuilding, then 'fine tuning' for too long (aka procrastinating), and finally relaunching my little pet side project Startup Name Check. As you can imagine there were lots of frustrating moments and of course great people who helped along the way. But let's not jump ahead.

Just a heads-up — If you hoping for a "That's how I started something small on the side and it turned into this massive five-digits dollar per month business after just a few months"-article, please surf away. You won't find happiness here — this is just the regular grind and what I've learned from it.

Where I started off:

Back in April this year, I started Startup Name Check for a number of different reasons. Like many other indie hackers I wanted to:

Other reasons aren't as common:

The initial responses to Startup Name Check were great. I loved all the positive vibes and messages. So I decided to advance the project more.

I looked into the suggestions I've received on Product Hunt and via the contact form. Most of them were logical next steps. Everything made sense and followed the path you would think — more domain names and social media networks to check, more features and some more tweaks to enhance the user experience. I mostly agreed with of the suggestions. Next, I put a list of things I thought would make a great next version together. The idea of "Startup Name Check version 2" was born.

When I discussed the feature ideas with indie makers they were excited. No one understands the pain of searching for a great project name more than indie makers. It often ends in frustration because your desired names are blocked or used for similar projects. Every time you come up with a new idea for a name you head off to check the usual places — .com, .io, Facebook, Twitter etc. Each of them takes you at least a few minutes to check, if you consider variations of names. And unfortunately it’s always the last one search when you find out why the name won’t work out. When you add the time thinking of names or brainstorming with others it all sums up to hours and hours. Time that could be saved and invested into building your project instead. This is where I see Startup Name Check solve an actual need: It allows you to cut the time for searching and validating names from days or hours to minutes. Version 2 of Startup Name Check should make a difference how you search and track your social media handles and domain names.

To make this happen, a lengthy list of features had to be added. I knew I had to implement a lot of frontend code. Frontend has never been my strong side. In the first version, the frontend was literally hacked together using jQuery and a free Bootstrap 4 theme. jQuery had to get replaced it with something more powerful and easier to maintain. VueJS was the logical choice as it was on my "to use somewhere" list and it gets shipped with Laravel by default <3 I decided to rewrite the current Startup Name Check "version 1" and see how hard it would be with my limited JavaScript knowledge. As usual when you learning something new, I expected an uphill battle. To my absolute surprise it was quicker to rebuild it in VueJS than I built it originally using jQuery 0_o I'm aware of the fake perception in regards of speed — writing something for the second time is usually faster because you know the logic inside out and solved a lot of issues already. Nevertheless, it was very quick. In under one day I achieved the same functionality in VueJS. A dream! 😍️

With this great start I felt like the remaining features for v2 would be fairly easy to add. So I decided to not release the Vue version straight away — what more value would it really provide? I set my goal on implementing at least the core functionality I had planned for version 2. Looking back, I consider this a mistake. Mainly for two reasons: I could have gained more experience of running this type of application before jumping into the deep end with a more complex application. I also missed out on the opportunity to work on the project in public. When I started out in the indie hacker space I didn't think of this really. Now, as we watch the "WIP clone wars" unfold it's pretty clear that building in public is important. By the way, you can find me on Makerlog. Looking back I should have rolled it out — maybe simply without any public statement. I didn't think of this option back then.

As we watch the "WIP clone wars" unfold it's pretty clear that building in public is important.

As you can imagine, the development didn't continue as smoothly as my initial optimism let me believe. As you might expect, there is much more work involved making it check 50 (instead of 6) domains and social media networks. Some of the networks put up a real fight to expose the information. I also underestimated the time required to get the UI working to my desired level. I spent a lot of time trying to get Stripe to work with VueJs. I learned this was more a problem of my way interacting with Stripe than of VueJS or Stripe. Over time I got slower and slower as my energy dropped. As I grinded my way through the workload a serious family issue came up. I ended up traveling back to Europe for two months. A mix of being distracted and procrastination replaced my quick initial optimism. So much for a quick turn around and fast delivery!

Picking up work you've began two months ago is hard. Instead of building up monthly recurring revenue, I only built up monthly recurring regrets. After a while, I got back into working regularly. Starting small and picking small tasks helped me to get back on track. During that time I've been lucky to get the invaluable support from Vincent (@yesnoornext) maker of threader.app and Rhys (@rhysbeingsocial) the maker of domainz.io. I know both of them from the time I started out in the indie hacker space. Even though they were busy with their own projects, both spent hours talking about my thoughts and doubts. A big thank you to both of them!

The public launch of Startup Name Check version 2 was an exciting moment. On one hand, I was excited to see what would happen, if someone would sign up or even subscribe. On the other hand, I was worried: Would the site work for everyone? Did I forget anything? Did I make serious mistakes somewhere along the way?

My goal was to make the launch as smooth as possible. So I prepared a list of actions to do as part of the launch:

The original launch in April drove a lot of traffic from Product Hunt. This one platform got me around 10k visitors and 8k searches alone. Dinuka shared with my that I can't relaunch on Product Hunt (under the same name) within six months of the original launch. So this one was off the table quickly.

With these prepared I deployed the final version, tested a few things and started getting the word out. Shortly after I started, I got a message from Dinuka saying that the Facebook login didn't work because the app wasn't switched to 'live' mode. I thought "Wait, I checked this and it worked for me!" And it did, because I'm the creator of the Facebook app (haha). I thought to myself "well, if this is the biggest issue then I should be fine".

Compared to the original launch, this one was very quiet. Not really the result I was hoping for. I knew that the traffic probably wouldn't be comparable to the launch in April as I didn’t have Product Hunt driving new visitors to my site. In percentages it looks great — over 100% more traffic increase from the previous week. In absolute numbers, it doesn't look so great — it’s still under 100 people per day. A few days later, the traffic dropped to the same number of daily visitors as before the launch.

To put this in context:

The big spike at the beginning is the first launch on Product Hunt. You see the traffic falling and tailing off to a few hundred users per month. I missed the spike in June as I'd been in Europe at the time. The spike in August came from Vincent's article about his maker journey. The article found quite a few readers in indie hacker space and some of these readers found their way across to Startup Name Check.

The third spike happened totally unexpected. I got a little bit of love for Startup Name Check from Product Hunt in the form of a tweet.

And finally, the last little spike: my relaunch. I marked it in red to make sure you don’t miss it

That relaunch doesn't look like a success? Yeah, fair enough, in the classic sense of launching you would call this a failure. I'm happy I built it and keep iterating on it. This time for real — small changes, without rewriting the whole application.

My key takeaways are:

Well, I could give you a long list of features I'm going to build or a dreamy vision of Startup Name Check becoming the tool for all indie hackers and serial founders. Yet, I don't see this becoming the next big thing — which is fine. I'll still iterate and implement feedback now and then. The niche is, and always will, stay very small. I probably can't earn money with it. I'm okay with that — I'm not just here to earn money.

Thanks for sticking around through this long long article! Two more quick things before we finish off:

Tell your friends please. If you know someone who could benefit from startupnamecheck.com, please let them know. I would like to see my little project getting used more 🙏

Last but not least, I would like to thank Ethan (maker of KanbanMail), Sergio (maker of Makerlog) and previously already mentioned Vincent for their great help in getting this article ready to be published!

Published under the following tags: Startup Name Check Side Projects